Strona główna > Wiadomości > Technologia
A A A 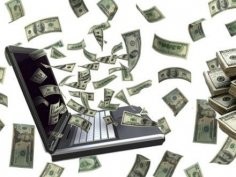 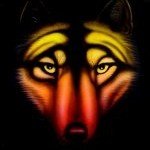 Q: Kristina Wong with Breitbart News. In the beginning, you mentioned urgency.  Can you talk about why there's a sense of urgency, what are challengers, near-peer threats, you know, China and others may be doing?

First of all, we just see what the potential for artificial intelligence, machine learning, reinforcement learning is.  We're seeing it happen, unfold in corporations and these big companies every day.  So you can't ignore it.

It's the idea of -- we see a future of digital modernization, yet we, in some ways, are still looking at the world through an industrial-age lens.  We're trying to figure out, to make that leap from industrial age to digital age.

So we see that it's out there.  That by itself gives us that sense of urgency, is seeing the potential of it.

And from President Xi Jinping down to the provincial level, they have had a strategy of accelerating adoption and integration of artificial intelligence; well beyond the resource, well beyond the theory, actually fielding those capabilities.

And as a regime that's made it clear that artificial intelligence is part of their strategy as they look towards 2035, they've made no secrets about what they want to do on the military side as well:  everything from autonomous weapons to a big emphasis on how you use A.I. in command and control.

I don't ever look at this.  I actually -- I stay away from any phrase of "arms race."  I would say we understand how fast we need to move, we see our adversaries moving faster.  It's a strategic competition, not an arms race.  They're going to keep doing what we're doing; we acknowledge that.

And what I don't want to see is a future where our potential adversaries have a fully A.I.-enabled force and we do not when it goes back to this question of time and decision cycles, and I don't have the time luxury of hours or days to make decisions.  It may be seconds and microseconds where A.I. can be used to our -- to our competitive advantage.

So, you were talking just a minute ago about who -- the advantage that China has.  China also enjoys tremendous military, government and industry support for their A.I. programs.  In this environment, can DOD really compete with that, given fluctuations in the domestic industry support here?

LT. GEN. SHANAHAN:  Yeah.  You hit on -- it's a really important point, the idea of civil-military integration in China.

If -- I asked somebody who spends time in China working A.I., I said, "Could there ever be a Google-Project Maven situation in China?" [chodzi o to: https://kopalniawiedzy.pl/Google-Pentagon-sztuczna-inteligencja-protest,28189 ] He laughed and said, "Not for very long."  The idea of that civil-military integration does give strength in terms of their ability to take commercial and make it military as fast as they -- they can integrate it or have certain companies actually working on behalf of the military.

What we're dealing with in the course of the last 25 years or so in the Department of Defense is how the balance has shifted in many ways, especially, or most importantly, in this digital modernization age where these new developments, these cutting-edge tech are coming from commercial industry, some of whom have never worked with the Department of Defense before.  So there's where part of that wariness comes in, is "Why should we work with DOD?  I can't even understand their contracting rules, never mind what they're going to do with this."  So that -- that's -- that is a limitation for us.

What -- the objective of us being more transparent about what we're doing is to increase that -- that strength of the relationship of industry, academia and the government.  It's what fueled Silicon Valley beginning in the 1950s.  And in the last 25 years, for a variety of reasons, it splintered -- Snowden, Apple encryption -- I mean, there were a number of reasons for it.  Not judging one way or the other; it just happened.

If we don't find a way to strengthen those bonds between the United States government, industry and academia, then I would say we do have the real risk of not moving as fast as China, when it -- when it comes to this.  Because there is -- it is mandated, President Xi Jinping down, "This is what we will do together, civil and military integration."

Does it -- is it perfect?  Probably not.  There are -- there are companies that want to work with United States or other Western nations, but because they're tied so closely to the military, they do not have that opportunity, because companies don't want to work with them if that's the case.

So it's not all -- it's not all a great advantage for China, but it does -- it does, and -- and I say give them a leg up.  And we have to work hard on the strengthening the -- the relationships we have with commercial and industry and prove that we're a good partner, and they'll be good partners with us.  As -- as I said before, we want to work with companies that want to work with us.  It's a -- it's a two-way street, and were really trying to -- trying to get those -- those relationships better.

An unclassified report by the Defense Intelligence Agency says Beijing has made enormous military strides in recent years, thanks partly to domestic laws forcing foreign partners to divulge technical secrets in exchange for access to China’s vast market.